The most coveted brands in the high-end watch space

High end watches are generally considered as objects able to hold their value for a long time, and with the possibility of value increases. Watches can be classified as high-end when they have a high intrinsic value which is guaranteed by the good mechanics of the calibres (possibly handmade and well decorated), by the presence of well worked dials and by the use of precious or complex materials to realize bracelets and cases (like gold, platinum or special alloys). During the last years we experienced the possibility to use them as a form of investment but, unfortunately, not all high-end watches are able to increase their worth in time. Honestly speaking, just a bunch of them compared to the overall production show this kind of behaviour, and there are several factors able to affect it. The easiest ones to be considered are mechanics, materials and rarity but analysing this phenomenon considering just these three KPIs could bring to wrong considerations and provide a market description far from reality.

With this article I’d like to highlight some of the most interesting watches the market is really hungry for, with a focus on the brands showing important retail prices higher than 100.000 €, able to be used also as a form of investment.

Richard Mille is one of the most coveted brands by collectors and aficionados and it was the real game changer of the new millennium. The reduced production (maximum 4500 watches per year), mixed with a strong technical content and a wide variety of references (almost 110 unique models) and different materials, succeeded in creating the perfect recipe to increase the hype and desire towards it. 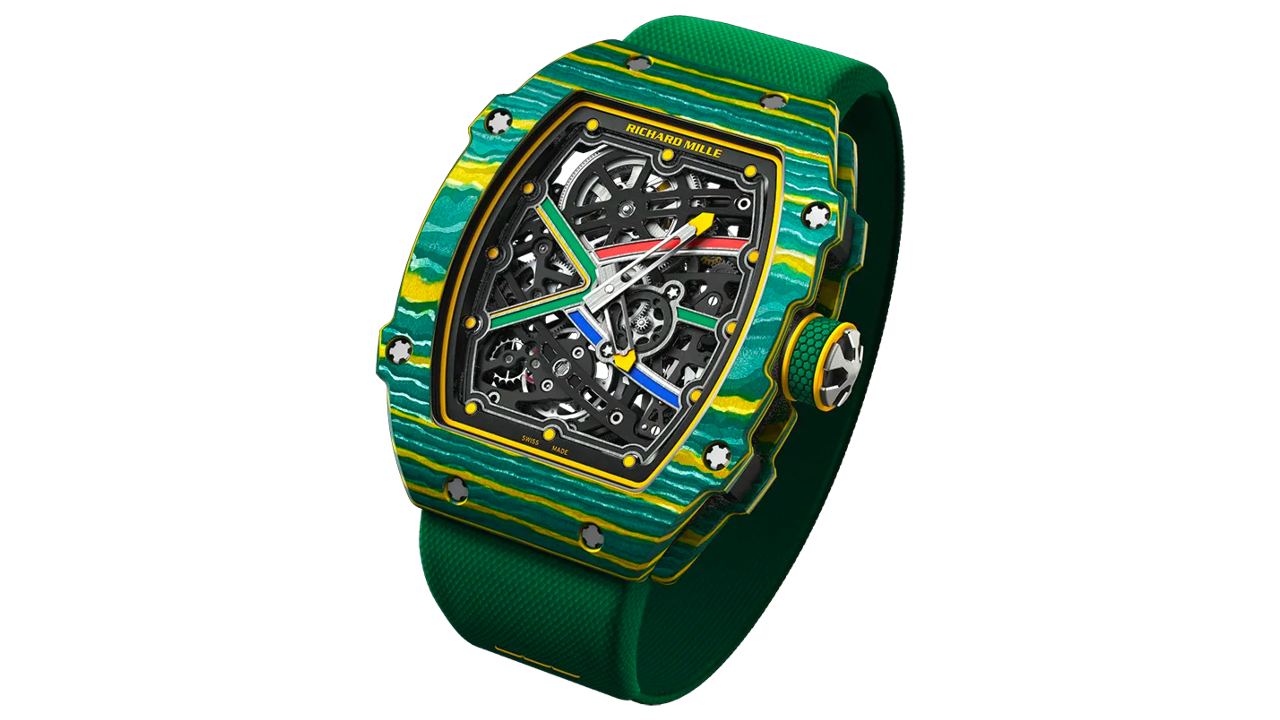 The RM 67-02 is part of the ultra-thin collection and it evolves the already successful RM 67-01. The in-house calibre CRMA7 realized in titanium, Carbon TPT® and white gold (for the rotor) oscillates at 4Hz guaranteeing 50 hours of power reserve and an important shock resistance that allows the watch to be used by Olympic athletes, professional skiers and top drivers like Sebastien Ogier, Fernando Alonso and Charles Leclerc. It weighs 32 grams only including the strap and the proportioned dimensions (38.07mm x 47.52mm x 7.80mm) combined with the case curvature make it perfect and comfortable on whatever wrist size. Its retail price is extremely consistent, around 140.000 CHF, and despite it being positioned slightly above the entry level of the brand, it is showing a strong appreciation from the market, with the multiplier factor on the market value greater than 2. The most desired configuration is the one dedicated to Alexis Pinturault with the white Quartz TPT case and it is going to reach the incredible value of 400.000€ on the secondary market.

2020 was the year where Francoise Paul Journe was definitely recognized and appreciated for his creations, style and skills by almost 100% of the watch enthusiasts, not only by niche of them. Even though F.P. Journe is an independent watch brand able to produce around 800 pieces per year only, it can provide a great variety of models and some of them are very desired and appreciated by the market. 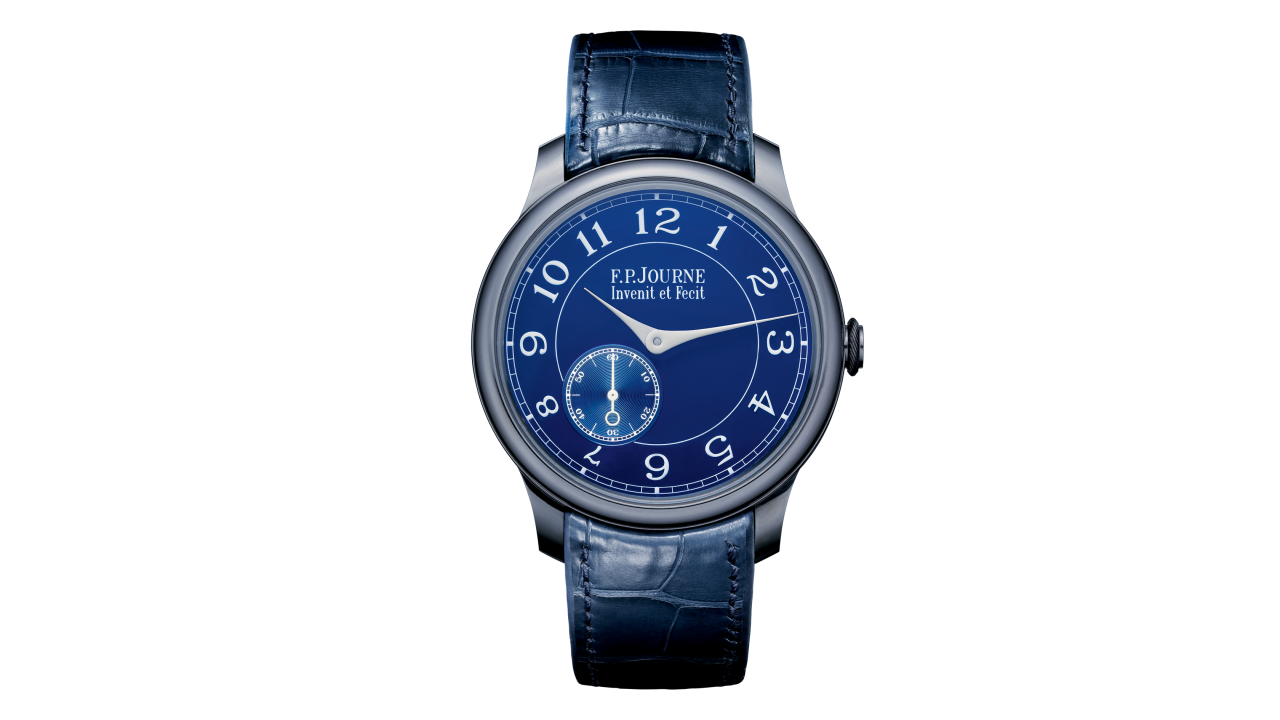 Paradoxically, one of the most desired models is exactly the entry level of the brand, the Chronometre Bleu, which is a 39mm watch with tantalum case and 3Hz manual winding movement realized in rose gold able to show the time and decentralized second indication. The **blue dial **is the real killer feature of the watch which succeeded in making it really appreciated by the market, and requires enormous work by F.P. Journe artisans to be realized. To obtain the required blue shades, a complex manufacturing path with several polishing operations and enamel applications is required, implying a considerable rejection rate to keep the necessary high-quality standard. Its actual market value is above 45.000 CHF with respect to a retail price of 23.600 CHF.

On the other hand, one of the most incredible timepieces F.P. Journe produces the Chronometre a Resonance, a watch whose calibre works according to the resonance principle. Two independent escapements oscillate one next to the other dragging reciprocally and improving the chronometric stability and performances of the overall movement. 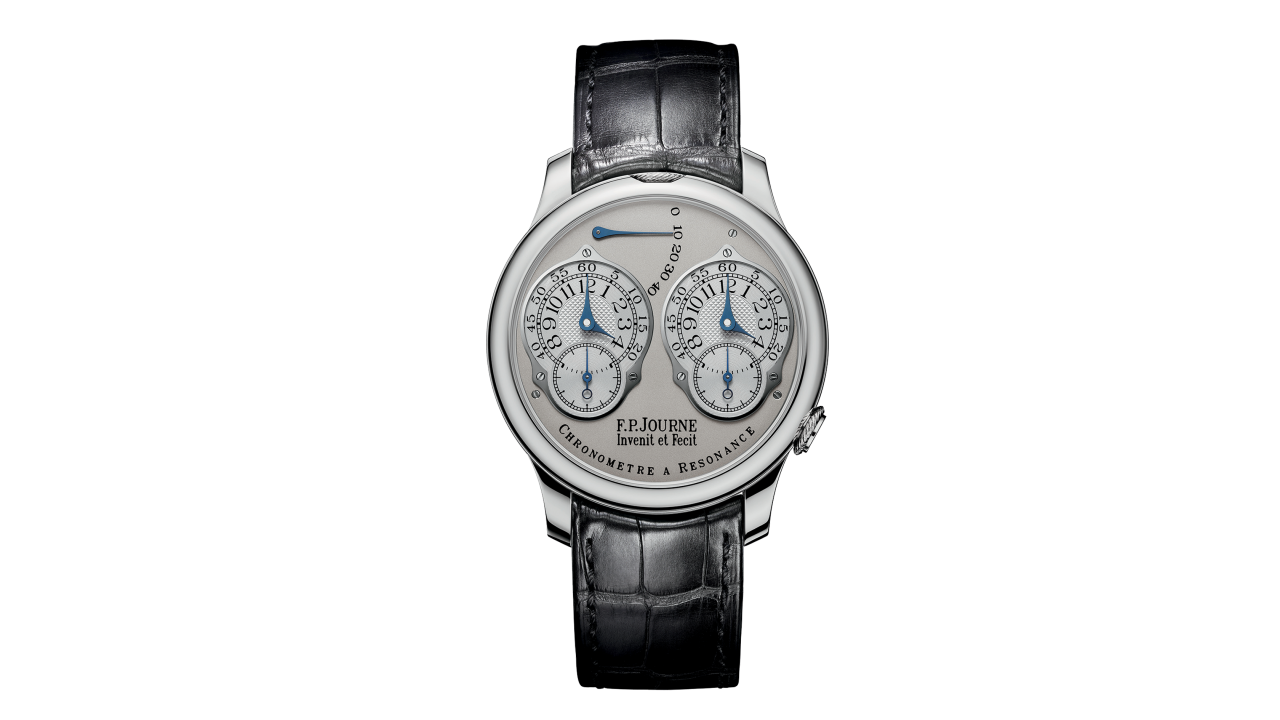 The innovations and technical contents included in this timepiece make it a true milestone in the watchmaking industry and the associated productions are very limited. This watch was originally presented in 1999 and during the last 20 years it was updated with a few different editions. The retail price of the latest one (2020) is 105.000 CHF. The Geneva Watch Auction XIII by Phillips gives us the possibility to have an overview of how much collectors are interested in this model and in the various editions presented during the years:

Even though auction results can be higher than real market values since they include the various commissions of the auction house, they show a clear interest by collectors towards both the brand and the watch which can bring a further value increase in time.

Finally, a curious phenomenon I’d like to highlight regards the platinum version of the Rolex Daytona. This model was presented in 2013, it was the first Daytona to have a ceramic bezel and to be completely realized in platinum including the bracelet. During Rolex history, other Daytona were realized in the same material but they had been extremely rare watches made in a very reduced amount or totally customized for a particular customer and** never available on catalogues**. Apart from the involved material, its peculiarity can be resumed in the presence of the brown ceramic bezel and the “ice blue” dial with soleil finish. It is also possible to have it with baguette diamond indexes on the dial. The retail price of the Rolex Daytona ref. 116506 is very important, about 72.600€, but in the last months we experienced a huge value increase able to position it above 100.000 € on the secondary market. In the past years it was easy to find it available in the various Rolex boutiques, even in the shop windows, and it was also possible to have some discount on the retail price since it was not fully appreciated by customers, maybe scared by the retail price or the huge weight (over 300g). The lack of possibilities to buy the most wanted steel Daytona 116500, due to an unprecedented demand, has for sure pushed collectors to modify their desires and change direction towards the platinum configuration which is intrinsically accessible by a reduced amount of people and allows them to distinguish themselves.

As you have seen from the few spots previously mentioned, watches can be a good source of investment to diversify your portfolio, but they show a strong disadvantage: the reduced accessibility. Generally speaking, the “most wanted” of the market can be accessed by VVIP customers only and the retail price can be very consistent, even above 100.000€. Therefore, even if you have the economic possibility to purchase the desired watch the market is really hungry of, it doesn't mean that you can effectively do it since it could not be available for you. But, if you are not looking to wear watches like these, crowd-ownership is a good way to access this exclusive world. Sign up to Konvi, and discover how you can also become a co-owner of a rare watch!

Own 1% of an exclusive watch with Konvi